Making a color statement requires many voices, and “Golden Rule” is making the ultimate Color Marketing Group statement of “direction, not dictation” by interpreting the color to ideally enhance a product, market or material. Though examples may differ slightly, with some more yellow, and others influenced by red, the essences of the hue remain, inviting, warm, and embracing.

Predicted two years ago as a 2017 emerging color, Golden Rule represents the wealth of happiness and living honestly, fortunately it doesn’t always play by the “silence is golden” rule. It has come screaming into the marketplace in everything from leather goods and fashion, to plumbing and porcelain tiles, and automotive. Though initially predicted in North America, it is truly a world color, being embraced around the globe.

It can be lush in wool, opulent in metallic, earthy in leather, and refined in porcelain, but no matter the material, it intends to make a statement.

Silence may have been the golden rule in school, but now, this Golden Rule makes its statement loud and proud 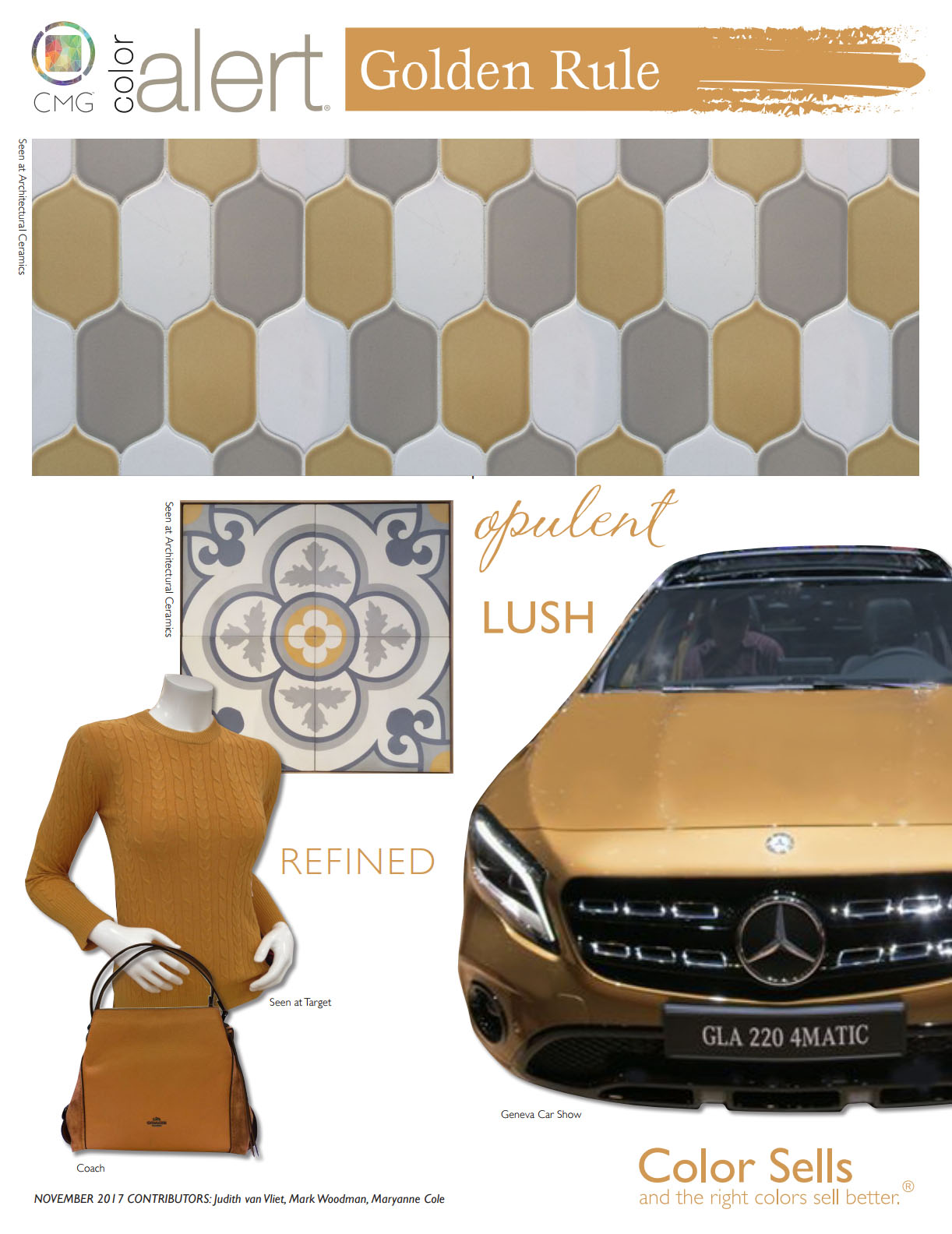 © 2020 Patrick Industries, Inc. All rights reserved. Website designed and developed by The Studio.